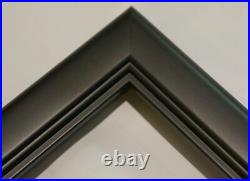 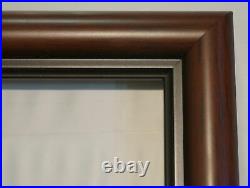 Hot Gift Now Available in Our Store! Boston Red Sox Ted Williams Photoramic #2010. Theodore Samuel “Ted” Williams was an American professional player and manager. Nicknamed “The Kid”, “The Splendid Splinter”, “Teddy Ballgame”, “The Thumper” and “The Greatest Hitter Who Ever Lived”, Williams is regarded as one of the greatest hitters in history. He was a two-time American League (AL) Most Valuable Player(MVP), six-time batting champion, 17-time All-Star and a two-time Triple Crown winner. He finished his career with a. 344 batting average, 521 home runs, and a. 482 on-base percentage, the highest of all time. His batting average is the highest of any player with 500 or more home runs. Williams was inducted into the Hall of Fame in 1966 in his first year of eligibility. Born and raised in San Diego, Williams played throughout his youth. Joining the Red Sox in 1939, Williams immediately emerged as one of the sport’s best hitters. In 1941, just his third season, he posted a. 406 batting average, making him the last player to bat over. 400 in a season. Williams interrupted his career in 1943 to serve three years in the US Navy and Marine Corps for World War II. Upon returning to in 1946, Williams won his first AL MVP Award and played in his only World Series. The following season he won his second Triple Crown. In 1957 and 1958 at the ages of 39 and 40, respectively, he was the AL batting champion for the fifth and sixth times. In 1991 President George H. Bush presented Williams with the Presidential Medal of Freedom, the highest civilian award that can be bestowed by the United States government. He was selected for the Major League All-Time Team in 1997 and Major League All-Century Team in 1999. Poster Info (Photoramic Print). Photoramic Size: 12″x36″ is printed on high quality photo paper All Photoramic are Officially Licensed and printed in USA Actual photoramic will have superior color & quality Please note any “watermarks” shown on the picture will not be on your print. Double Matt and Frame Details. Photoramic Double Matted and Framed – Size 13.5″x39″. Double Matt Colors: outer matt “White” & inner matt black We use professional high-quality Genuine. Frame We use professional high-quality Genuine. Hand assembled Black & Brown. (use drop down menu “Top of Page” to choose option). 12″x36″ Photoramic Unframed. 13.5″x39″ Photoramic, Double Matted and Framed (metal or wood) w/Plexi Glass (hanger & wire attached). US DOMESTIC (50 States and PR). We respond within 24 hours! 7 days a week. We want you to be happy and we won’t rest until you are totally satisfied! Expect To Be Impressed with Quality , Price , Service! This item is in the category “Sports Mem, Cards & Fan Shop\Fan Apparel & Souvenirs\Baseball-MLB”. The seller is “fastdeliveryonline” and is located in this country: US. This item can be shipped to United States, Canada.